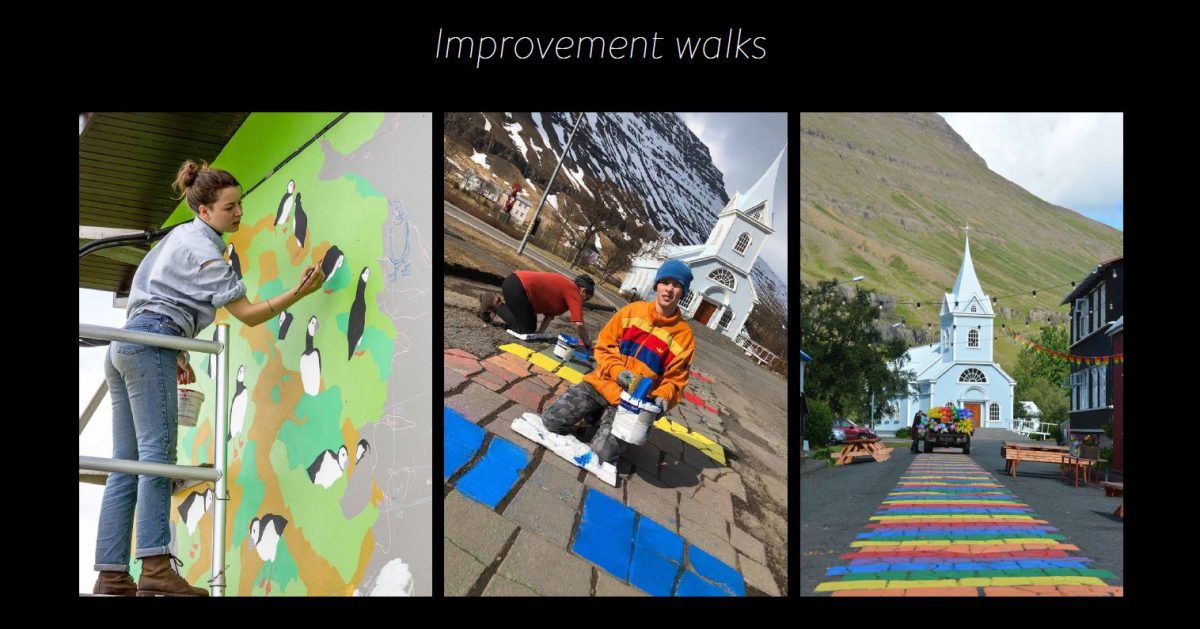 I had a great possibility to participate in Digital Tourism Think Tank Global 2019 on 4rd and 5th of December, which this year took place in Espoo. DTTT Global is, in my opinion, one of the most interesting conferences as it gathers a bunch of tourism DMO’s and other professionals to hear the latest innovations and good practices made around the globe. As it was my first time in participating anything this big of an event, it was a great chance for me to test what I have learned during my year in UEF Master’s Degree studies and put that knowledge in practice.

The overall impression from the two days was, well, impressive! Both days were all about technology and digitalization, but the theme was viewed from different angles; the first day was all about how technology can be used in sustainable destination design and the second-day topic was all about AI and digitalization. We saw great examples from around the globe on how to do things a bit different view. The repetition, which still rings in my ears, was: DMO’s role is shifting, DMO’s role is changing. I will try to cover a few examples of how this topic emerged during those two days. You can see the whole program and key take-aways here

DMO’s shifting role – What’s this about?

Traditionally DMO, a Destination marketing organization, focuses on MARKETING. Building a brand, getting the stakeholders together, promoting the place and focusing on tourism flows. However, in most presentations, you could hear how DMO role was merged as DMMO (destination marketing management organization) or DxO where x stands for anything that the future holds for us and tourism organizations must be ready to modify their actions on how the digitalization and travel behavior change. As written in the article at Atta.travel

“A DxO is better-equipped to manage disruptive business methodologies, to pivot when it comes to times of change and to be agile in the face of challenges. For example, A DMO in a time of water shortages cannot simply sit back and continue to market a destination as if oblivious to the challenge faced by locals and, ultimately, visitors. A DXO tackles the challenge head-on, collaborating with relevant bodies in the private and public sector to drive tangible change, having a positive impact on the very environment in which tourism takes place.”

As the growth of tourism flows has not only had a positive effect, UNWTO, (United Nation’s World Tourism Organization) has instructed DMO’s not only to focus on marketing and sales but also to the elements of government and coordination towards collaboration. Therefore, DMO – or should I say – DxO’s role is constantly shifting towards more holistic governance of the area and tourism flows.

So, how this is seen in practice?

I was impressed by the work done in East Iceland (Austurland) and in the Faroe Islands on how they have managed to do collaborative work together with the locals, aiming at the commitment and destination loyalty and most importantly – that the locals are proud of their destination. East Iceland current destination strategy and branding building process started in 2012 when they got familiar with Swedish Destination Designer Daniel Byström. Two years later East Iceland DMO together with Byström started to blueprint the touchpoints and putting the stakeholders in the center of the whole design process.

They did a lot of workshops and interviews with local residents and formed a brand tagline “Think outside of the circle” referring e.g. to the circle (1-road) going around Iceland and from which you have to deviate from to get in most of these cities in East Iceland. (I accidentally visited Seydisfjördur and Egilsstadir in 2017, as we were circling the ring road and thought on do a day-trip to this city, and especially first mentioned it is worth stopping by!). They build a strong brand around local people, around emotions and storytelling. The brand was build and communicated openly with stakeholders and local people. The brand mission is as follows:

“We are communicating experiences and emotions with a personal the approach that inspires and surprises the audience, while working with every visitor, resident, and company as a part of the Austurland story”

I think they have done a splendid job in brand building and designing collaboratively with visitors and locals. They’ve managed to build up the communal spirit and “proudness” towards their homeplace. One great example from creating value together was one walking road to church, which became a “landmark” of Saydisfjördur after a bit of a fine-tuning. The story behind it was that there wasn’t enough money to repair the old brick road. Therefore, instead of repairing the road, they painted the road with rainbow colors together with residents and local artists. 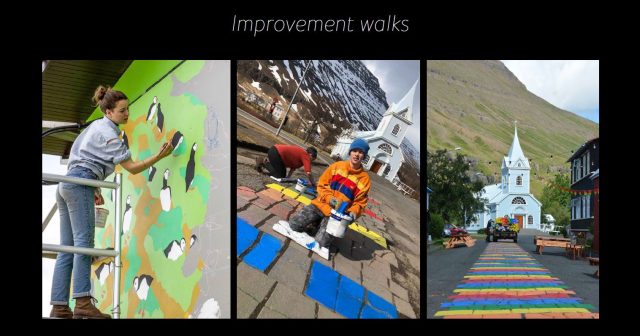 I think this is a great example of DMO’s shifting role: instead of just marketing, DMO’s role is also bringing local people together, coordinate and encouraging and committing them to build up a destination in where they are proud to live alongside tourists.

Another marvelous example from that what DMO could do with literally 0-budget – do it as they do in Faroe Island – Do it viral. It was ridiculous to see how many viral hits the Faroe Islands got just being creative. Google Sheep View and Faroe Islands Translate have got. However, it is not all. Collaboratively with locals, they built up a strategy and a brand “Preservolution” – aiming not to have over-tourism, but sustainable tourism.

Unique and authentic experiences are in the focus, instead of mass-events. As for one another example, they did a one-day event where the stage was in private homes. Over 20 concerts in local’s home sound like an experience you can’t get from anywhere else!

However, after successful viral hits and events, it became clear that not everyone wanted Faroe Island as a playground for tourists. Tourists were not always welcome and landowners mind their land to getting ruined by a tourist. Added to that, complicated legislation was ambiguous in topics liability and who takes care of the land if tourists “ruin” it. It created opposition within landowners creating their way of doing things and creating e.g. cash per visit -systems 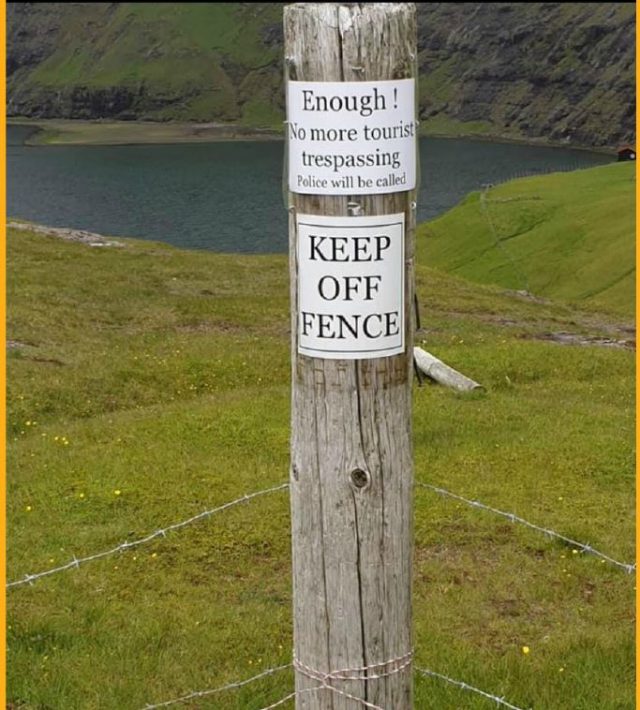 For that, they built up an idea: Closed for Maintenance – open for voluntourism. The whole country is closed from “ordinary” tourists but open for volunteers who construct and help locals to preserve nature. Collaboratively with locals landowners, local people and tourists they build more sustainable destination and have less annoyance from residents towards tourism. All these actions created by a DMMO of Faroe Island created proudness towards the home country, and willingness to move back and do things for it. More importantly, it connected people to do things together with tourists and destination stakeholders. Another great example of DMO’s shifting role.

This was just a scratch from Day 1 of DTTT. After the first day, my head was filled with ideas and I got the same inspirational feel what I got after their presentations and immediately I started to compose ideas: Could we do something similar in Finland and around Saimaa Region? Maybe we can start a project around these issues to develop a strong place brand around Lake Saimaa and ECoC –process, to build a stronger feel towards the place – for example. Do open workshops and interviews and build a strong destination brand and strategy around Lakeland and Saimaa region. Well, even these cases could not be modeled in these contexts; the key thing for me was realizing how wide scope DMO has to control. I do not envy you guys, who are doing this as your daily job!

For me, these two above-mentioned presentations were the ones, which stood up from the ground from the first day, as there were many touchpoints where I could relate. Not to say that other presentations were bad – the opposite! For example, Lyon have done a great job as a sister “smart city” to Helsinki on the year 2019 in connecting technology to culture by creating a “visitor database” which is shared by the entire destination stakeholders to maintain loyalty and understanding visitors better and communicating with them, referring visitors nearby activities during city visit. That’s how you use technology to create collaboration with destination stakeholders! 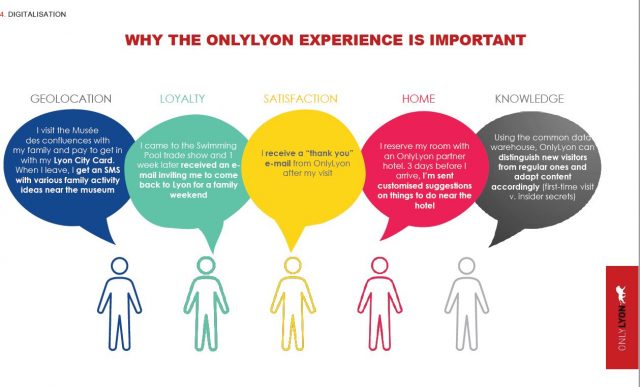 Finally: Finland as a sustainable and smart destination – how are we doing?

I cannot end the post without mention our dear beloved Finland. I was proud to see how good work we’ve done in Finland. Comparing to strategies, sustainable travel goals and such things that were seen during the few days. The place, Dipoli in Espoo was a great spot for this kind of event. Espoo in many ways surprised me with all the tech innovations that the “happiest city in the happiest country” had come up to. Automatic transportation pilot Gacha, Uber-style boat on-demand –service Bout, Airbnb-style rent your boat – Skipperi, Automated helicopters which deliver food just to mention a few examples to which I immediately could see business models in Saimaa region as well.

We are ahead in building a sustainable tourism destination, where e.g. MyHelsinki has focused on by encouraging stakeholders to act more sustainable. However, to be frank, in Finland collaborative work still needs some work to do – but we are slowly getting there and seeing the benefits of what we could achieve by creating and innovating our tourism flows sustainably and responsibly. This is also a recognized problem by Visit Finland and noticed in for example in a report where they dive deep to examine the operating models of Finnish tourism agencies (in Finnish).

When we identify and speak out from our problems, it is much easier to solve and develop them together.

Read more about the event on my Day two recap.